Technology is a leap of faith for Malaysian businesses 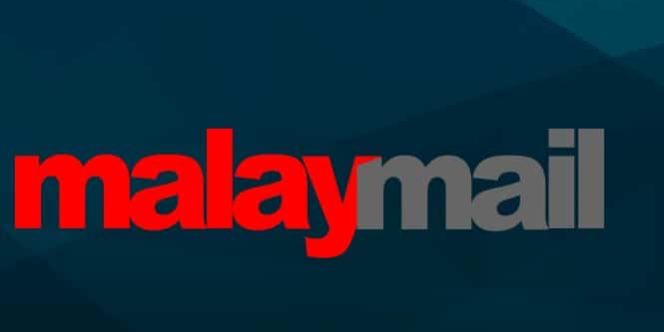 We are featured in MalayMail Online Article on the 17th July 2019.

JULY 17 — In 1961, President John F Kennedy announced that the US would send a man to the moon. At the time, a majority of Americans did not support it, considering the enormous expense, the technical challenges, the very short deadline, the risk of death and failure, and the sheer fear of the unknown.

Despite all the reasons not to, 400,000 engineers, scientists, technicians were united behind a compelling vision. Kennedy in 1961 told the US Congress that: “We choose to go to the Moon in this decade and do the other things, not because they are easy, but because they are hard.”

Inspired, they created and delivered solutions, invented and innovated new technology. Fifty years ago today, they landed a man on the moon.

Technology is central to Malaysia’s strategic roadmap to a better future, and has been a major thrust of Government policy for the last 28 years, to create an economy suited to compete in the 21st century.

But in harnessing the power of technology, as an economy, we have only chosen to do the easy things.  In the words of Wawasan 2020, Malaysia has only become “a consumer of technology” and is not yet “a society that is innovative and forward-looking”.

To be “a scientific and progressive society” and a contributor to the scientific and technological civilisation of the future, to get to the next level, we need a change in mentality and outlook.

Superficially, Malaysia has modernised, with smartphones, computers and laptops in widespread use. Eighty per cent of Malaysians use the Internet, while there are 32 per cent more active mobile accounts than the whole population, according to a recent survey by Hootsuite. And Malaysians are more optimistic about the power of tech than the populations of most OECD countries.

But scratch the surface and the Malaysian economy is still stuck in the 1990s. Yes, we have made the switch to email, but this is a technology that was invented in 1986. It has contributed greatly as a productivity booster, but it is only one weapon in the arsenal that any modern business needs to compete.

Thousands of companies, many of them SMEs, still rely on manual processes which are slow, prone to error and fraud. For example, they still use paper forms for staff to submit claims and apply for leave, or time cards for clocking in and out.

Collaboration is the new frontier of productivity, but many Malaysian workplaces have not embraced it and don’t know how to improve workflows, or empower employees with mobile applications. Many lack the right tools for it, and those who have the tools often don’t use them to get teams to work together virtually or through online meetings.

Instead of using Microsoft’s Office 365 as a collaboration stack, many companies still treat it as glorified word processors for creating documents or presentations and email. They don’t see it as a social network for work, to share ideas, to solve problems and seek faster feedback, especially while they are on the move.

Instead of using cloud service Dropbox’s advanced features, many employers treat it as just a free virtual thumbdrive to share files. They don’t realise that it enables teams to collaborate and work together at the same time on a single document.

Worse still, they risk the threat of Shadow IT – the exposure to data breaches, malware, spyware and other perils. To avoid the expense of paying for apps, some employers allow or even require staff to use free consumer versions for work. Designed for individuals, these free apps have less security features than the paid or business versions, and often have little or no compliance and audit features.

And even when there are smart, enlightened professionals in the IT department, they and sometimes even their boss, the Chief Technology Officers, are often treated as glorified technicians who exist only to fix problems with emails.

These companies don’t even realise that there are tax efficiencies to be gained by implementing software-as-a-service and cloud computing.

There is a laundry list of reasons not to, when it comes to using modern software and technology: lack of budget, fear of failure, low opinion of users’ IT skills, extra work, and so on. But Malaysian businesses need to realise that if they focus on just the negatives, then they are risking failure.

Next year, in the year 2020, those born between 1997 and 2002 will enter the job market. Many of these Millennials will have grown up with mini-computers in their hands that are far more powerful than the giant mainframes that sent Man to the moon. To Millennials, cloud services and mobile apps are second nature, but they will find the workplaces at their first jobs are those of the last century.

If Malaysian employers fail to harness technology and channel the energy and enthusiasm of the next generation, they will be left behind, and eventually fail.

In 2018, Malaysians united and chose to change the country’s path on May 9. The choice may have been easy, but coping with the change that followed has been hard for many. The reason for taking that leap of faith was that we chose to do the hard thing.

We chose a better future, because, as Kennedy also said, the challenge before us was one we were willing to accept, and unwilling to postpone.

If Malaysia is to compete, if the economy is to grow, if our people are to flourish and thrive, we can only create a better future by choosing to do the hard things. We must take that first small step.

* Vincent Choy is a senior consultant with Fedelis Sdn Bhd, and has been a Microsoft Most Valued Professional since 2014. He can be contacted at [email protected] for more practical advice.

He is among only 3137 of Microsoft’s Most Valuable Professional (MVPs) in the world, for his active participation giving guidance in forums and running monthly educational seminars. MVP status is awarded to individuals, rather than vendors, who have contributed to the Microsoft ecosystem.